Posted by Michele McLaughlin on November 18, 2015

I am a solo pianist and I release my my albums about every 12-24 months.  I'm in the process of releasing my sixteenth album, and in all the years I've been doing this, I've learned a few things about what needs to be done to effectively release a solo piano album as an independent musician.  I am the queen of making lists, and over the years I've created a pretty thorough checklist of things I do to release my music.  I have many musician friends who have asked to see my list, and so here I am, posting it on my blog for all the world to see.  Obviously, this is not a master key or secret formula for album releases, but it works for me.   Solo Piano Album Release Checklist

So there you have it.  With every album release I modify and tweak this list and I'm always learning of new outlets, new methods, and new things I could be doing/trying.  As I said, this isn't the secret formula, and it's not a set in stone list for all musicians.  Every musician is different, and there are so many styles/genres of music out there.  This list works for me... an independent solo piano composer.  Just making music and sharing it with the world! 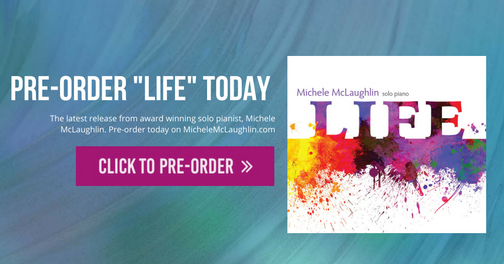