I decided, because I'm doing a radio campaign to promote Undercurrent right now, and because I'd really love to finally meet everyone in person, I'd make a trip to New Orleans this year for the annual hang and award ceremony.  I am so glad I did because the experience was beyond my expectations.  Musicians, radio broadcasters, music reviewers, and industry professionals alike were in attendance.  Many names I've been friends with in the online world for years.  And many names I know but have never communicated with.  Overall, there were a couple hundred people there this last weekend and it was an absolute blast.   I took my sister with me on this trip, and we flew to New Orleans on Thursday afternoon, arriving at 4:30pm.  We hired a private car service to take us from the airport to the hotel, and there we met up with fellow pianist friends, Philip Wesley, Joseph Akins, Ryan Stewart and Christine Brown.   In the lobby of the hotel, we also ran into Ben Dugas and Daryl Portier (two of the masterminds behind ZMR).  After mingling and laughing and giving a lot of smiling hugs to old friends and new friends alike, we made our way to dinner at a famous restaurant in the French Quarter called Deanies.  With us were Wouter Kellerman and his manger Tholsi, and Ricky Kej and his wife Varsha, (the Grammy winners this year!!), along with Lisa Downing and her husband Pete, Christine Brown and her husband Mark, Philip, Joseph, Ryan, my sister, Ben Dugas, Mary Bartlein (radio broadcaster), Ed and Stacey Bonk of LAZZ Promotions (my radio promoter), and many others I can't think of right now.  The food was delicious, and the company was even better.

After dinner we walked along the crazy and super smelly Bourbon Street.  I smelled more smells walking around the streets of New Orleans that I've ever smelled in one place ever.  Back to the hotel, we mingled in the lobby and ran into Bill Binkelman and RJ Lannan, the two most regarded and respected music reviewers in our genre, and Catherine Marie Charlton and her husband Adam.  David Lanz and Kristin Amarie were there as well.  This was just the first day, folks!   The next morning a group of us explored the French Quarter and ended up at the famous Cafe du Monde for a beignet breakfast of champions.  If you've never had a beignet, you must fly to New Orleans right now and get one.  A mix between a scone and a doughnut, it's a delectable pastry covered in powdered sugar.  It was heavenly and we each ate three of them.  YUM!!  We explored St. Louis Cathedral, Jackson Square, and some of the streets of New Orleans, enjoying coffee, live street musicians, and a lot of cool artwork being sold by local artists on the streets.  Such a fun day exploring a very smelly and dirty, but old and cool city.

That night we attended the ZMR Meet & Greet, where everyone attending could gather, eat, drink, and be merry with one another.  The food was delicious.  There were more people there than I could count, and I'm sure there were people I wanted to meet but never got the chance.  Some incredible people and artists were there that night... just to name some... Paul Speer, Michael Diamond, Paul Averginos, Fiona Joy, Jeff Oster, Will Ackerman, Tom Eaton, Vin Downes, Darlene Koldenhoven, Ann Sweeten, Sherrie Finzer, Jeff Pearce, Matteo Palmer, Vito Gregoli, Beth Ann Hilton, Renee Blanche, Jennifer DeFrayne, Jennifer Zulli, Jamey and Stacey Osborne, Al Jewer and Andy Mitran, David Nevue, Cathy and Buddy Oakes, Ed and Stacey Bonk, Adam Andrews, Al Conti, Peter Kater, Gunnar and Amethyste Spardel, Kori Carothers, and many more!!  I tried to visit with and say hi to as many people as I could.  It was such an incredible experience.   The next day we visited the WWII Museum, which was heavy and emotionally draining.  It's hard to believe that so many people died during that war... 650,000,000 people... and so much of it was so hate filled and violent.  You couldn't walk through that museum without feeling empty and hollow afterward, without sensing the sorrow and loss of that time, and without being grateful it ended.  War is such a terrible thing.  I much prefer peace and love and positivity and light.

We then ate a late lunch and prepared for the award show that evening.   The award show was a mixture of concert performances and award presentations.  Eight concert performances by Perpetual Motion, David Nevue, Matteo Palmer, Tina Malia, Peter Kater, Wouter Kellerman & Rick Kej, Tigerforest, and Jeff Pearce with special guest Paul Speer.  The performances were amazing.  It was so neat to see my friends and colleagues, performing their art, live, in such a fantastic setting.  I loved every performance and cheered everyone on with enthusiasm.  In between performances were the award announcements.  The award winners all came up to the stage to accept their awards and give speeches.  It was such a wonderful experience to be there to cheer and root for them all.

Fourteen awards were given that night... you can see them all here, and all the nominees here.   After the show we all congregated back at the hotel and because it was so late, we couldn't eat at the restaurant, so I ordered some pizzas to share with the group and everyone mingled, laughed, took pictures, and had a great time.

We had so much fun, we didn't even make it to bed until after 3am.   The next day we said our goodbyes, and headed home.  Words cannot describe the profound effect this weekend had on me, and I am so looking forward to next year's event.  Feeling blessed with a very full heart. 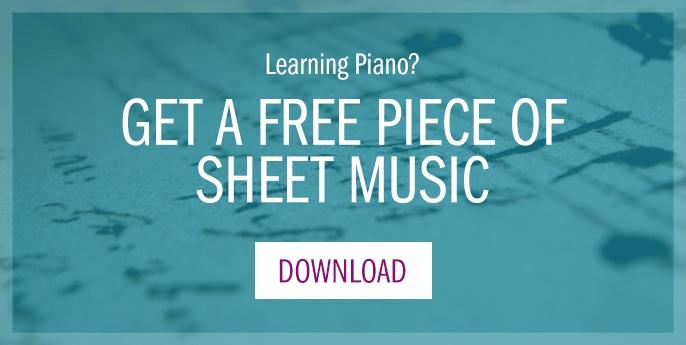